"In times of such challenges as fighting hybrid threats, strategic communication, supporting new partners in defence or maritime capacity building - EU and NATO complementarity and enhanced cooperation becomes a must", said the Chair of European Parliament's Delegation for Relations with the NATO Parliamentary Assembly Eva Kaili (S&D, GR), during its Spring Session, which took place in Tirana (Albania) on 27-30 May 2016.

The main objective of the NATO PA Session was to provide the parliamentary input to the forthcoming NATO Summit in Warsaw (8-9 July 2016).

"In the extremely challenging security environment Europe is facing (...) I want to briefly stress, on behalf of the European Parliament, that also NATO/EU relations in several areas of cooperation should be addressed. We all know that the complementarity of both organisation is very important in times of challenges such as fighting hybrid threats, strategic communication, supporting new partners in defence capacity building, maritime capacity... NATO and the EU are already working together and we need to encourage this fruitful cooperation", E.Kaili said.

She also asked NATO Deputy Secretary General Alexander Vershbow on how NATO is translating this cooperation into practical projects and operations? In his answer, he said that in spite of the still existing political difficulties there has been a huge amount of progress recently in EU/NATO cooperation, such as in the area of maritime security (through the NATO operation in the Aegean Sea and in the future possibly also in the Central Mediterranean), hybrid warfare, capacity building in the MENA region or support to Ukraine, Moldova and Georgia. In this context he highlighted the great level of complementarity between the two organisations and mentioned possible future cooperation areas, such as the fight against terrorism, illegal migration or countering disinformation campaigns and other forms of hybrid warfare. 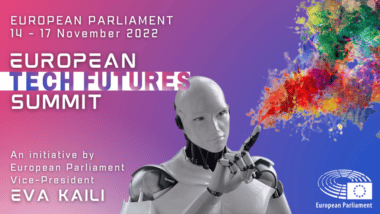